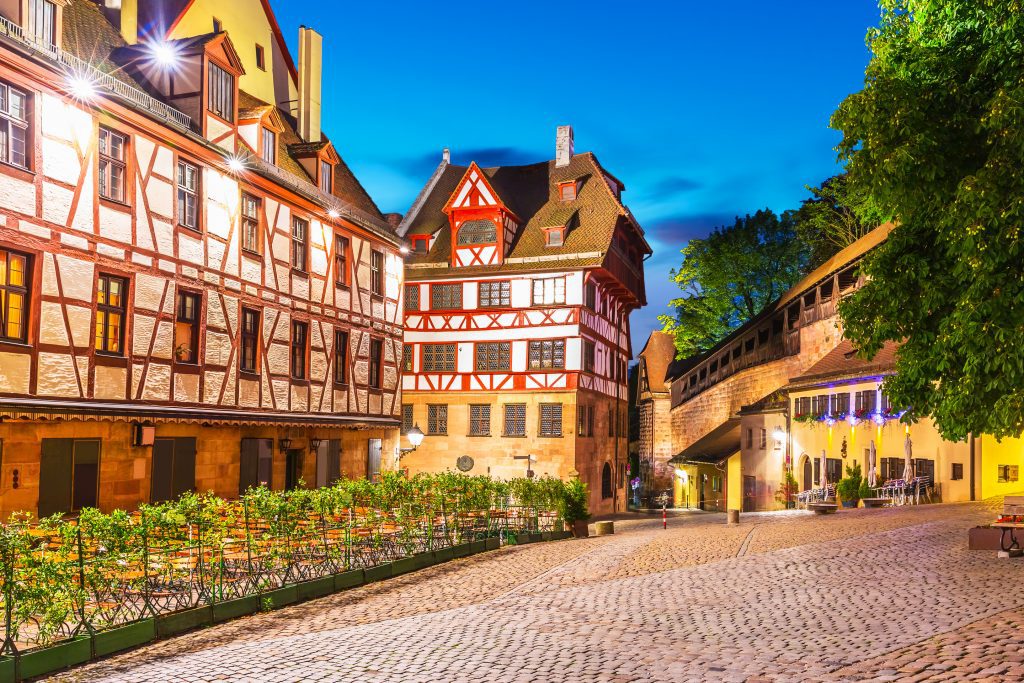 Germany is located in Western Europe and is bordered by nine countries including Denmark, the Czech Republic, France, Belgium, Austria, Switzerland, Poland, Luxembourg and the Netherlands.

One of the countries in Europe with a long history, Germany dates back over 2000 years. Home to ancient and mysterious forests, rivers, mountain ranges and coastal areas, Germany has one of the most varied and beautiful landscapes in the world.

Germany is so old that it has had many different Capital Cities over the centuries; Aachen, Regensburg, Frankfurt-am-Main, Nuremberg, Berlin, Weimar, Bonn (and East Berlin), and, since 1990, Berlin again.

Germany has a range of airports, from smaller airfields that cater to a few routes, to large, international airports. All contributing to nearly 39 million visitors a year. With a private charter jet, you can arrive in Germany, from the UK, within one hour and ten minutes.

The food in Germany is hearty and robust. With over 1,500 different types of beer and more than 1000 kinds of sausage, these food staples are synonymous with German cuisine. Beer is considered a food (not a beverage) in Bavaria. There are also over 300 different kinds of bread in Germany for each meal and snack of the day.

The Blackforest is a beautiful part of Germany that also gives its namesake to the famous gateau. This chocolatey, decadent delight is certainly not like anything you have ever tasted before.

Germany is a year-round destination, each season bringing different and exciting activities and beauty. Most of the big cities in Germany have great Christmas markets. Even more impressive is the Christmas light displays. If you’re heading to Berlin, make your way to the Botanischer Garten for a truly festive experience.

The country is famous for Christmas, did you know that it is also home to the decorated Christmas Tree?

Stepping away from the festive celebrations, Germany has some incredible mountains. These snowy peaks provide plenty of opportunities for hiking, skiing, and other snow sports. Take a walk through fairytale castles, winding medieval streets, and enchanted woodlands.

Germany is home to a variety of native West European wildlife that you may not see in the UK anymore:

Germany also has the most zoos in one country in the world – over 400. On top of this, Germany is home to some of Europes best Theme Parks.

The Land of Fairytales

Germany is a country full of wonders. There are fantastic nightlife, festivals and traditions throughout all of the cities. However, venture outside of the towns, and you’ll discover a land dotted with fairytale castles, mysterious woods and great mountain regions. There are more than 2100 castles throughout Germany, and each castle is unique, beautiful and near medieval towns.

Over a third of the country is still covered in forest and woodland, despite having such a large population. Because of the history and vast natural landscape, Germany has over 46 UNESCO World Heritage Sites. Each one has been meticulously maintained and has a long and rich history.

Get your skis on

During winter, Germany is one of the best skiing opportunities in Europe. So much so, that many nationals are among the highest-rated skiers in the world. There are plenty of slopes located in the Alpine Foreland and the Alps. Cross-country skiing is also a popular pass-time, so give it a go!